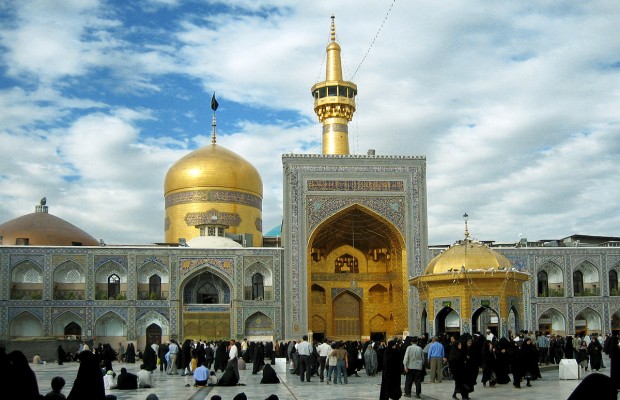 Arrival to Tbilisi. Meeting at the airport. Transfer to the hotel. (20 km).
Overnight in Tbilisi

Drive to Mtskheta (UNESCO Heritage Site), an ancient capital of the Georgian Kingdom from the 3rd century BC to the 5th century AD. Jvari Monastery (6th c.); Svetitskhoveli Cathedral built in the 11th century. Drive back to Tbilisi. We will visit the Old Tbilisi Sulfur Baths, Georgian Orthodox and Armenian Gregorian churches, and a Jewish synagogue and a Turkish mosque side by side, reflecting Tbilisi’s acceptance and tolerance of different religions. We can also see a recent monument, the Tbilisi Sameba Cathedral, the largest cathedral in the Caucasus. Tour includes following sights: Metekhi Church is erected on the cliff, overlooking the Mtkvari River. There is a statue of King Vakhtang Gorgaslani, founder of Tbilisi, in front of the church. The church dates back to the 12th century and has a diverse history, connected with Mongol invasions and political repressions of the Soviet Empire. The colorful Darejani Palace is also situated on the cliff, like the nest of a swallow. The Sulfur Baths are located in Old Tbilisi, on the other side of the river, opposite Darejani Palace. Tbilisi was named after the natural Sulphur springs. The Orthodox Narikala St. Nikolas Church is in the same district. The church is furnished with frescoed portraits of martyrs and scenes from the Bible. It is wrapped in a defensive Narikala fortress, established in the fourth century. We can walk up the stairs of the fortress and overlook Tbilisi. Walk down the path from the hill and on cobbled Leselidze Street; we come across the 13th century Armenian St. George Church and a Jewish synagogue with an elegant facade. On the opposite side of the street is Sioni Church, leading to the bank of the Mtkvari. Here you discover Shardeni Street with its fashionable cozy cafes and art galleries. Walking we will come across the Anchiskhati church, the oldest church in Tbilisi keeping the miraculous icon of Jesus Christ. Finally the tour takes you to Rustaveli Avenue, where attractions such as the Tbilisi Opera and Ballet Theatre, the Parliament, Rustaveli Theatre, different art galleries and cafes will draw your attention and provide a cosmopolitan atmosphere. Drive to Open Air Ethnographic Museum, place, where are built all kinds of Georgian national old country-houses and castles.
Overnight in Tbilisi

After breakfast drive to east Georgia. Today we will make Wine tasting Tour in Kakheti region. We’ll visit Tsinandali Wine cellar and Al. Chavchavadze house museum. Sightseeing tour of Telavi. It’s the main city and administrative center of Kakheti. First archaeological findings from Telavi date back to Bronze Age. Excursion to the residence of the King Erekle the II. Alaverdi Monastery, date back to the 6th century. The present day surviving cathedral is part of an 11th century Georgian Orthodox monastery. Visit Gremi, the 16th century architectural monument – the royal citadel and the Church of the Archangels – in Kakheti. Afterwards visit Bodbe monastery. On June 1, Orthodox Church of Georgia marks the day of St. Nino’s entrance from Cappadocia. Her tomb is still shown at the Bodbe Monastery in Kakheti region. St. Nino has become one of the most venerated saints of the Georgian Orthodox Church and her attribute, a Grapevine cross, is a symbol of Georgian Christianity. Afterwards drive to Sighnaghi, Love town. Sighnaghi town-museum is one of the smallest ones in Georgia. Sighnaghi is famous of wine and traditional carpets. Drive back to Tbilisi.
Overnight in Tbilisi.

After breakfast drive to Kazbegi. A stunning drive from Gudauri along the Tergi River will bring us to Kazbegi – the main town in the region. On the way we pass Ananuri Castle and Jinvaly water reservoir of amazing beauty. From Kazbegi a leisurely 1.5 hour walk up through beautiful valleys and woodland leads we to Gergeti Trinity Church located at 2170m. Weather permitting you may catch a glimpse of one of the highest glaciers in the Caucasus – Mt Kazbegi (5047m). We walk back to the town and before returning to Gudauri drive to Dariali Gorge. From Gudauri we drive to Tbilisi. En route visit village and see how locals make different hand made things (thick felt, embroidery, iconographic painting). Drive back to Tbilisi.
Overnight in Tbilisi.

Transfer to Armenia border at Sadakhlo. Meeting time 10:30 (Georgian time). Border formalities. Guide and transport change. Continue tour to the architectural complex of Haghpat (966 AD) which is among the outstanding works of medieval Armenian architecture and is inscribed in UNESCO World Heritage list. Drive to Dilijan which is one of the famous resort areas in Armenia. People say, “If Paradise had mountains, woods, and mineral springs, it would be just like Dilijan”. Trip to the “Armenian Pearl” – Lake Sevan which is the 6th high-altitude and largest lake in the world with its sweet and astonishingly blue water. Visiting Sevanavank in Sevan peninsula (9-12thcc…).
Overnight in Sewan.

After early breakfast at the hotel meet your tour guide and start city tour round Yerevan. The contemporary capital of Armenia is 13th and is one of the oldest cities of the world founded in 782 BC. During tour visit Erebouni Museum of the History of the Foundation of Yerevan which stands at the foot of the Arin Berd hill, on top of which the Urartian Fortress Erebouni has been constructed. Visiting ARARAT Cognac Factory. During the tour: aging workshop where you can learn about the magic transmission of eau-de-vie in to brandy, museum, video hall-15 minutes of screen-tour will present the world of legendary Armenian brandy, bar-here you can taste and discover every nuance of our sunny beverage, shop-you will have a chance to buy genuine Ararat brandy.
Overnight in Yerevan.

Breakfast at the hotel. Drive to Garni temple (1stA.D.) is the only “witness” of Hellenistic Epoch in the territory of CIS. After numerous Roman attacks, the temple was reconstructed and dedicated to Mithra, the God of Sun. Tour to Gegard Monastery (12-13thcc…). Geghard initially known simply as Irivank (Cave Monastery). The name refers to the biblical lance used by Roman soldier to pierce the Christ’s body. Hundreds of Khachkars and caves are built in the rocks surrounding the Monastery. Geghard and the Upper Azat Valley are inscribed on the UNESCO World Heritage List. Return to Yerevan with stop at the Charente’s Arch. It is from here that the Greatest Armenian poet of XX c. admired the view of the double-peaked ARARAT. Here you can enjoy the Great Armenian poet’s poems dedicated to Ararat (Pass the whole world, there’s no summit as white as that of Ararat, Like glory road, unreachable, I love as well my Mount Massis). Return to Yerevan. Excursion to centuries-old monuments Ejmiatsin (Armenian Vatican) and Zvartnots listed on UNESCO World Heritage list. Visiting the churches of 3 Virgins: centre-domed cruciform church of Saint Hripsimeh (618), domical basilica of Saint Gayaneh (630) and ‘domed gallery’ type church of Shoghakat (1694). The Cathedral of Ejmiatsin (303) is an official residence of Armenian Catholics. Continue tour to Zvartnots (7-10th cc…)- A Temple of Vigil Forces. Return to Yerevan.
Overnight in Yerevan.

Breakfast at the hotel. Visiting History Museum of Armenia, where you will get acquaintance with the large collection of materials connected with history of Armenia and ancient eastern countries in the Armenian Highland. Trip to Khor Virap (4-18th cc…) the importance of which is connected with Gregory the Illuminator, who introduced Christianity in Armenia. Here you can enjoy the spectacular view of the sacred Ararat Mountain – an immortal symbol of Armenia. Continue tour to Noravank – a monastery of XII century situated among amazing sheer rocks on the bench of a twisty gorge. On your way back you will visit Areni church of XIV century. The village of Areni is famous also for its excellent wine, which you are welcome to taste. Drive to Goris.
Overnight in Goris

Breakfast at the hotel. Leisure time till 15:00. Check out. Tour to legendary Tatev monastery one of the finest in Armenia. Built in 895, the complex consists of three churches of impressive sizes. In XIVc. Grigor Tatevatci based here the University of Tatev. Continue tour to Armenia-Iran border. Drive to Tabriz. Border formalities. Guide and transport change. Meeting in Norduz – Iranian-Armenian border. Visit the famous St, Stephanus church is one of the oldest churches of world which is located 3km south of Aras River in Jolfa region. Visit Zorzor church which is locaten in the east side of a village called Baroon in the 13th century. Continue way in Tabriz. In Tabriz visit bazaar, Blue mosque.
Overnight in Tabriz

Morning flight in Isfahan. This flight is available only in Wednesday. City tour. Visit Imam square, the huge open square in centre of Isfahan with four monuments at four sides including Imam mosque covered inside and outside with intricate turquoise tiles, the smaller Sheikh Lotfollah mosque contains some of the best mosaics from 17th century, Ali Ghapoo Palace which was the first skyscraper in Iran and Isfahan bazaar, shaking minarets. Evening visit Si-o-Se Pol (thirty three) and khajoo bridges over zayanderud, relax in one of the traditional tea houses, drink tea and smoke Persian water pipe.
Overnight in Isfahan