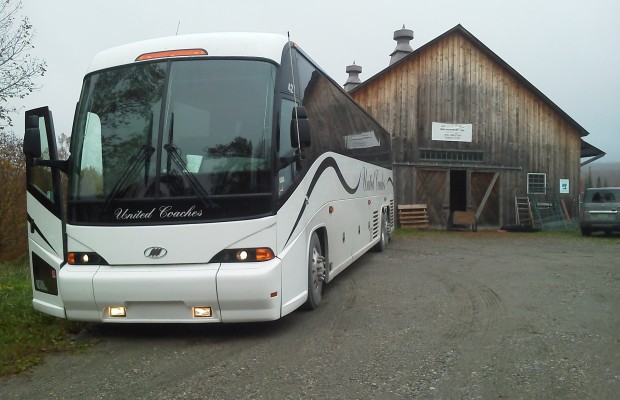 Flight Tbilisi, Transfer to the hotel, overnight in Tbilisi

After having breakfast we will start our tour to Kakheti. We will visit Davit Gareja Monastery – situated deep in semi-desert about 75 km south-east of Tbilisi. The Monasteries were founded in the 6th century by the Christian Father St. David. Walk up to Udabno to explore some of the fine frescos of the 8th-13th c. and cave architecture. The complex includes hundreds of cells, churches, chapels, refectories and living quarters hollowed out of the rock face. The area is also home to protected animal species and evidence of some of the oldest human habitations in the region.

After continue our way to Sighnaghi called “City of Love”. The town is walled with the remnants of 18th-century fortifications. There are two Georgian Orthodox churches in the town itself – one dedicated to St. George and the other to St. Stephen. We will visit Sighnaghi Museum of Local Lore, displaying unique materials found during different archeological excavations. See a small theatre with local company of actors performs in the town, while a wine festival is held every autumn.

After we will visit Bodbe. Bodbe monastery (11th c), where is Georgia’s enlightener’s Nino’s tomb situated.

Drive to Tsinandali. We visit Museum of Poet Alexander Chavchavadze. The house-museum of A.Chavchavadze is situated at his patrimonial land. The Chavchavadze were hosting in this place elite gatherings of Georgian and foreign writers and statesmen. The Museum involves a dwelling house and a decorative garden, taking 12 hectares of area for the time being. The garden displays unique species of world flora. On the territory of the park, there is a small church, where great writer and diplomat A.Griboyedov and Nino Chavchavadze, daughter of A.Chavchavadze, got married.

Continue our way to Telavi. In Telavi we visit Alaverdi – Cathedral belonging to the 11th c., surrounded by vineyards, which rivals the Romanesque churches of Western Europe in its architectural dimensions. After back to Tbilisi.
Overnight in Tbilisi

After breakfast we will drive to Mtskheta. We visit the ancient capital and religious centre of Georgia – Mtskheta (3000 years old) and see its historical places: Jvari church (6th century) and Svetitskhoveli Cathedral (11th century) where the Robe of Christ is buried. Both Jvari and Svetitskhoveli are UNESCO World Heritage sites.

Afterwards drive up the famous Georgian Military Highway (leading to the Georgian-Russian border). On the way visit Ananuri architectural complex (17th century), the two churches and the fortress overlook the Zhinvali water reservoir. The drive is very scenic through high Caucasus Mountains. Drive to Kazbegi. A stunning drive from Gudauri along the Tergi River will bring us to Kazbegi – the main town in the region. From Kazbegi a leisurely 1.5 hour walk up through beautiful valleys and woodland leads to Gergeti Trinity Church located at 2170m. Weather permitting you may catch a glimpse of one of the highest glaciers in the Caucasus – Mt Kazbegi (5047m). We drive back to the town and before returning to Gudauri drive to dramatic Dariali Gorge. From Gudauri we drive to Tbilisi. En route visit village and see how locals make different hand made things (thick felt, embroidery, iconographic painting). Drive back to Gudauri.
Overnight in Gudauri

After breakfast we drive to Gori – The city was founded by one of the greatest kings of Georgia, David the Builder (1089–1125). On the way visit Samtavisi 11th century Georgian Orthodox cathedral. The first monastery on this place was founded by the Assyrian missionary Isidore in 572 and later rebuilt in the 10th century. Visit The Joseph Stalin Museum in Gori.

After we drive to Kutaisi. Visit Bagrati Cathedral and Gelati monastery. Kutaisi is the second largest city of Georgia in its west part founded about 40 centuries ago, former capital of the west Georgian Kingdom Colchis, to which is related the myth of Golden Fleece and Argonauts. Visiting Bagrati Temple (11th c. UNESCO. =heritage). Visit Gelati Monastery (12th c. UNESCO heritage). Visit smaller monastery of Motsameta, spectacularly sited on a cliff-edge. We will visit Kutaisi 2 Synagogues.
Overnight in Kutaisi

After breakfast we drive to Mestia. According to the current administrative subdivision of Georgia, Mestia is located in the Samegrelo-Zemo Svaneti region, some 128 km northeast of the regional capital of Zugdidi. Mestia and the adjoining 132 villages form Mestia District. Its area is 3,044 km²; population – 14,248 .The population is mostly Svans, a cultural and linguistic subgroup of the Georgians.

Historically and ethnographically, Mestia has always been regarded a chief community of Zemo, or Upper Svaneti province. It was formerly known as Seti. Despite its small size, the town let was an important centre of Georgian culture for centuries and contains a number of medieval monuments – churches and forts – included in a list of UNESCO World Heritage Sites. In 1968, it was granted a status of a town let.

After having breakfast drive to Ushguli. Ushguli or Ushkuli is a community of villages located at the head of the Enguri gorge in Upper Svaneti. The Ushguli villages contain buildings that are part of the UNESCO Heritage site. Typical Svanetian protective towers are found throughout the village. The Ushguli Chapel located on a hilltop near the village dates back to the 12th century.

The Mikhail Kalatozov documentary “Salt of Svanetia” was filmed in Ushguli.

Back to Mestia
Overnight in Mestia

After breakfast we drive to Batumi. We visit Mtsvane Kontskhi. It is one of the most beautiful resorts in Adjara. It is situated, 72km above the sea level, 9km from the city of Batumi. The chief attraction of the resort is a fabulous botanic garden. It serves as a research station for the acclimatization and introduction into our country of new subtropical cultures delivered here from all over the world. The climate is subtropical with abundant warmth and humidity. Summer is very warm. We’ll visit Gonio and Sarpi Fortresses. Enjoy the Sea View from the high mountain.

Batumi city tour
After Having City Tour in Batumi we will Departure Home.