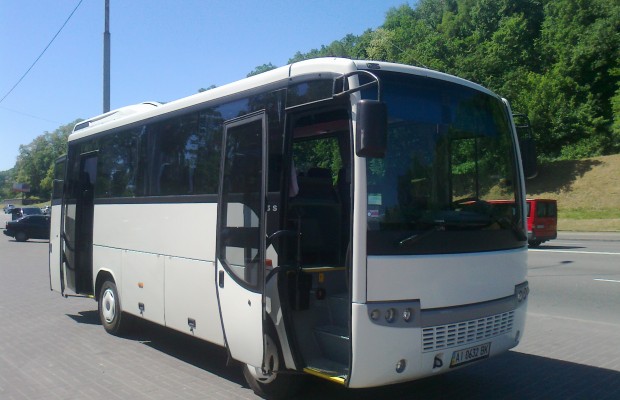 Arrival in Tbilisi. Transfer and accommodation in The Hotel
Overnight in Tbilisi

After breakfast we drive to Mtskheta – one of the oldest cities of Georgia (in Kartli province of Eastern Georgia), near Tbilisi. Mtskheta was a capital of the Georgian Kingdom of Iberia during the 3rd century BC – 5th century AD.

Continue our way to Gori. The city was founded by one of the greatest kings of Georgia, David the Builder (1089–1125). It has a population of 60,000. Gori is situated where the Liakhvi River enters the Mtkvari. Overnight in Bakuriani

After breakfast drive to Borjomi. Borjomi is a resort town in south-central Georgia with a population estimated of 14,445. It is one of the districts of the Samtskhe-Javakheti region and is situated in the northwestern part of the region in the picturesque Borjomi Gorge on the eastern edge of the Borjomi-Kharagauli National Park.

We drive to Kutaisi. Kutaisi – antique Kutaia. In certain historical periods it was the second capital of Georgia after Tbilisi according to largeness.
Overnight in Kutaisi

After breakfast we visit Gelaty Complex comprises the churches of the Virgin (the main church), of St Nicolas, of St. George, as well as the academy which was the centre of cultural and spiritual life. The Gelaty monastery complex was founded by King David the Builder in the 12th c. It is noted by the finest examples of Georgian mural painting. Among them is the only surviving portrait of King David the Builder whose grave can be found at the gateway of the monastery. Drive to the high mountains Mestia. Overnight in Mestia

According to the current administrative subdivision of Georgia, Mestia is located in the Samegrelo-Zemo Svaneti region, some 128 km northeast of the regional capital of Zugdidi. Mestia and the adjoining 132 villages form Mestia District. Its area is 3,044 km²; population – 14,248 .The population is mostly Svans, a cultural and linguistic subgroup of the Georgians.

Ushguli or Ushkuli is a community of villages located at the head of the Enguri gorge in Upper Svaneti. The Ushguli villages contain buildings that are part of the UNESCO Heritage site. Typical Svanetian protective towers are found throughout the village. The Ushguli Chapel located on a hilltop near the village dates back to the 12th century. Back to Mestia.
Overnight in Mestia.

After breakfast we drive to Kutaisi. On the way visit The Dadiani Palace in Zugdidi.

Also visit Sataplia Cave. Sataplia Cave is a rather small one, famous for fine speleothems and the dinosaur footprints nearby. The tour enters the through-cave on one hillside, crosses the hill underground and then goes back on the surface past the dinosaur footprints. This cave is hard to reach and not very much visited by individual travelers.
Overnight in Kutaisi.

After breakfast we drive to Tbilisi.We enjoy the night Tbilisi and have dinner in the Traditional Georgian Restaurant with the Georgian Traditional Dance Show.
Overnight in Tbilisi.

In the morning we will start with Tbilisi city tour, sightseeing tour and tasting festival full of colorful celebration.Tuor the main food market, flea market. We will see Metechi church of Holy Virgin – built in 5th century and rebuilt in 13th century. Royal palace was situated here before moving to Narikala Castle. Metechi is a central-domed church. Visit monument of Mother Georgia.
After departure to the airport.